Our second and third days in Cairo we went to the Egyptian Museum and to the Giza Plateau to see the Great Pyramids and the Sphynx.

From the viewpoint overlooking the pyramids, we felt compelled to take the standard tourist photos:

Including Holly and I on camels:

Other tourists took a ride on the camels from the viewpoint to the pyramids. (We didn’t – the photo op was enough.)

To enter the Great Pyramid of Khufu requires the purchase of an extra ticket. Our guide asked me if we wanted to spend the little bit of money to go inside the pyramid. Holly looked at me with the “that’s a ridiculous question” expression. She knew there was no way I would travel half way around the world and then NOT go inside the Great Pyramid if I had the opportunity.

Below are Holly and I at the entrance to the Great Pyramid (photo on left). Me in the burial chamber with the stone sarcophagus. Because the great pyramids at Giza are very early in the development of pyramids they have no hieroglyphics inside the burial chamber.

Interior passageways leading to the burial chamber inside the Great Pyramid of Khufu. 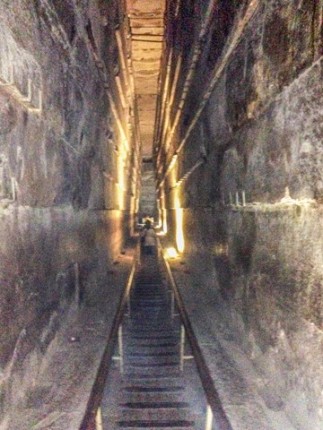 We may not be allowed back into Egypt. We took photos inside the Great Pyramid (not allowed and cameras may not be brought inside). But everyone takes photos on their smart phone which are not confiscated as one enters the pyramid. Also, climbing is not allowed on the pyramid, but….

The Cheops Boat Museum: (from Lonely Planet: Egypt) “Immediately south of the Great Pyramid is this fascinating museum with exactly one object on display: one of Cheops five solar barges (boats), buried near his pyramid, and unearthed in 1954. This huge stunning ancient wood vessel, possibly the oldest boat in existence, was carefully restored from 1200 pieces of Lebanese cedar and encased in this museum to protect it from the elements. Visitors to the museum must help this process by donning protective footwear to keep sand out.” 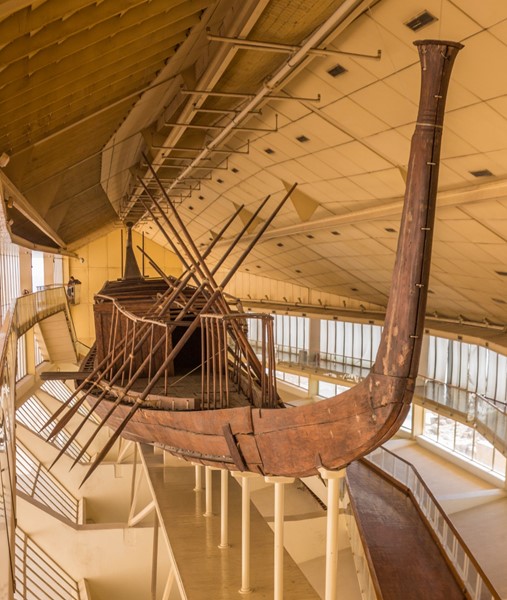 After the pyramids, we walked down the causeway leading from the Pyramid of Khafre to the Sphinx.

The Sphynx with the Great Pyramid of Knufu (left photo). The right photo is of the causeway leading to the Pyramid of Khafre.

Leaving the Sphynx and pyramids behind, we went for shawarmas for lunch. Food is VERY inexpensive in Egypt.

The Egyptian Museum is located in downtown Cairo on the north side of Midan Tahrir aka Tahrir Square. (Tahrir Square was the center of mass protests during the revolution which began January 25, 2011 that brought down President Mubarak. During the chaos, some of the museum’s collection was either damaged or stolen. The museum’s gift shop was vandalized and has never been reopened.) The museum’s building was erected in 1902 and in many ways shows its age. We visited other modern museums in Egypt with better lighting and displays, and Egypt is currently building a new museum closer to Giza that will one day house their treasures.

Holly holding a light to an alabaster coffin to show its translucent quality. 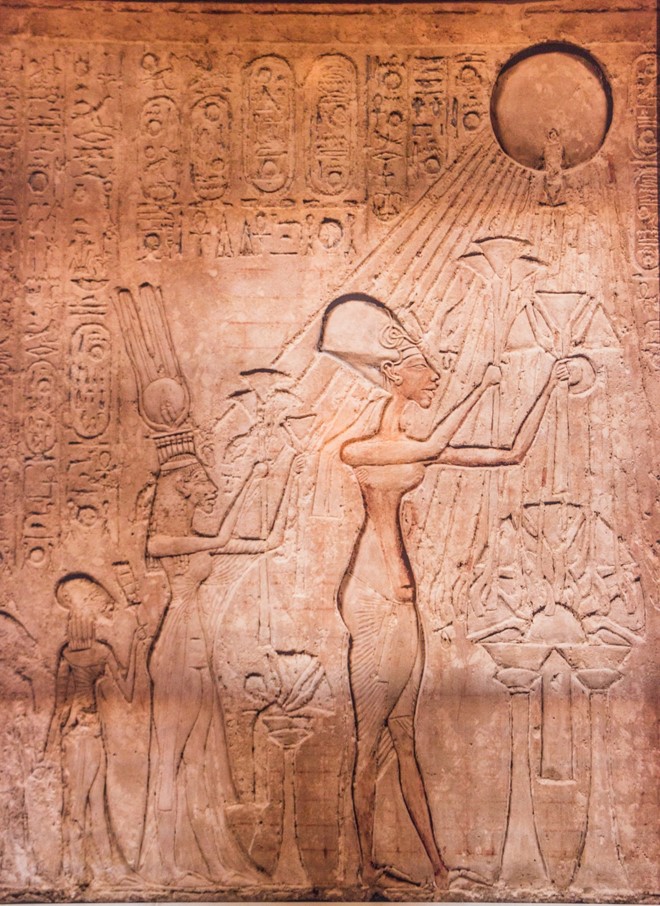 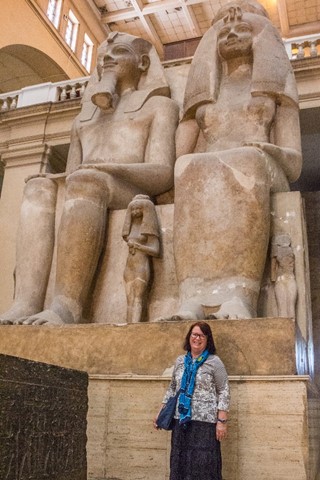