Skagway, Alaska is a very small town at the end of the Taiya Inlet, the northern most point of Southeast Alaska’s inside passage. The town was founded by gold seekers as a gateway to the Yukon gold fields of the 1890s. Today the town exists solely as a port for the cruise lines. After the tourist season is over in late September, the population drops to about 1,200 people.

Our ship docked at Skagway on Wednesday, September 18. Our tour for the day was a combination of Kayaking and riding a historic train. The tour operators drove the 12 people from our ship who signed up for this tour by bus to Glacier Lake at Frasier, British Columbia. After a minutes of “gearing up” and obtaining a briefing, we were launched into the lake.

The guides who kayaked with us, told us that it is frequently windy on the lake, and it had been raining that morning. Our lucky streak continued, because the weather turned quite nice the moment we hit the lake. The sun came out and there was almost no wind – we even got a rainbow. The lack of wind made it quite easy to paddle out to several coves on the lake.

When the time came to return to our launch point, a light wind came up and allowed us to almost sail back. By the time we were on shore, it began to rain again, we had hit the perfect weather window for kayaking that day. 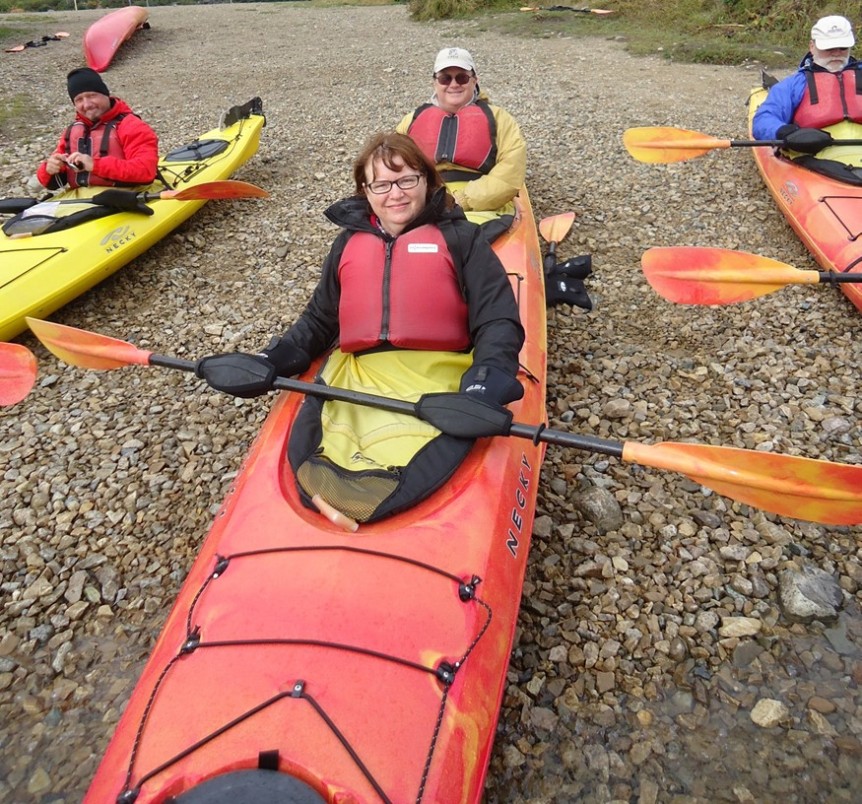 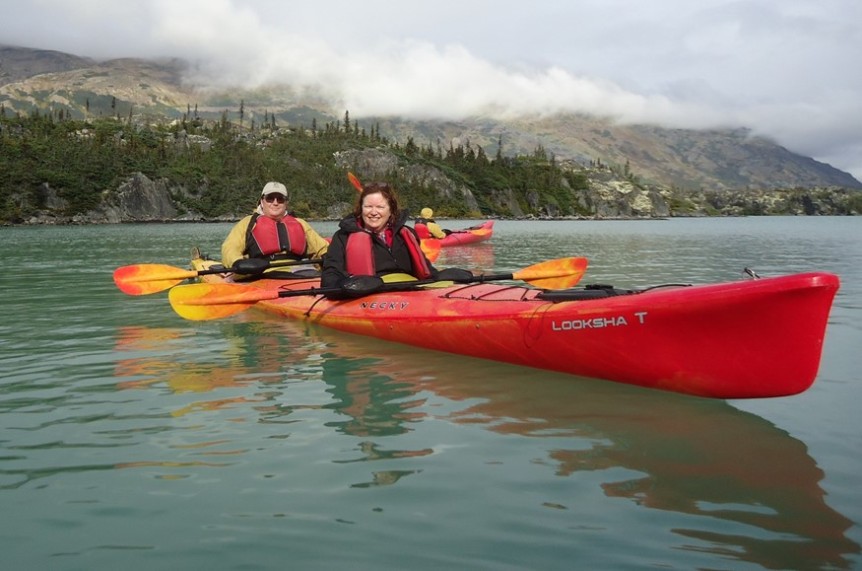 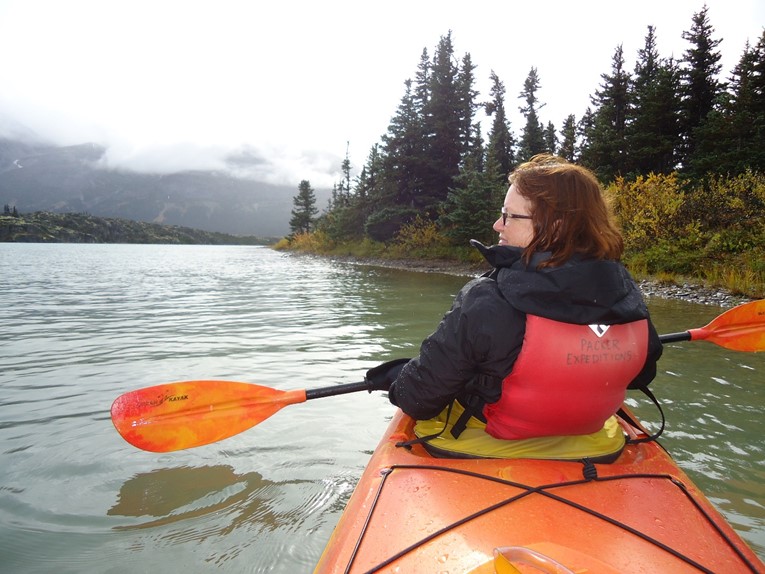 After the kayaking was over, we walked across the parking lot to the station platform at Fraser, British Columbia to board the White Pass & Yukon Route railroad. This railroad build in two years, two months and two days in 1898 to link Skagway, Alaska with the Yukon allowing gold prospectors to more easily reach the gold fields of the Yukon.

We boarded the train at Fraser, B.C. and rode the train back to Skagway. Below are some photos I took along the route: 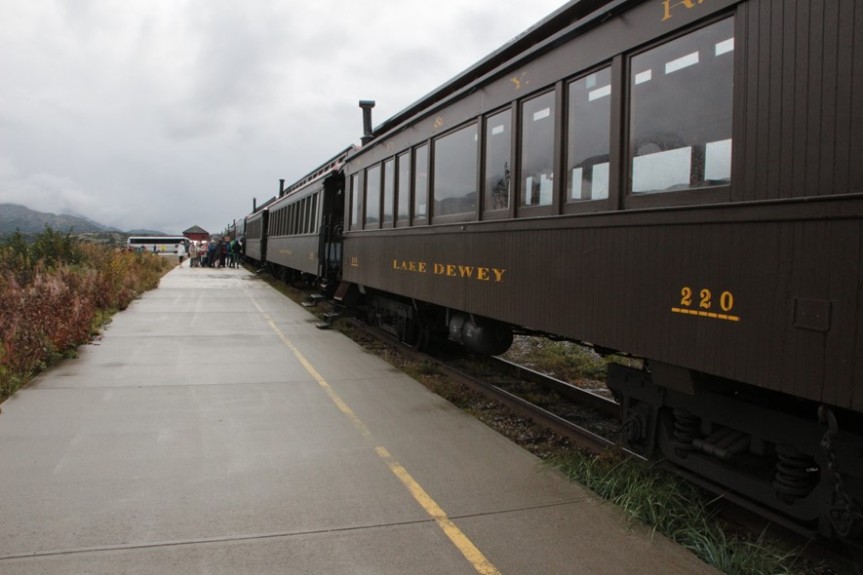 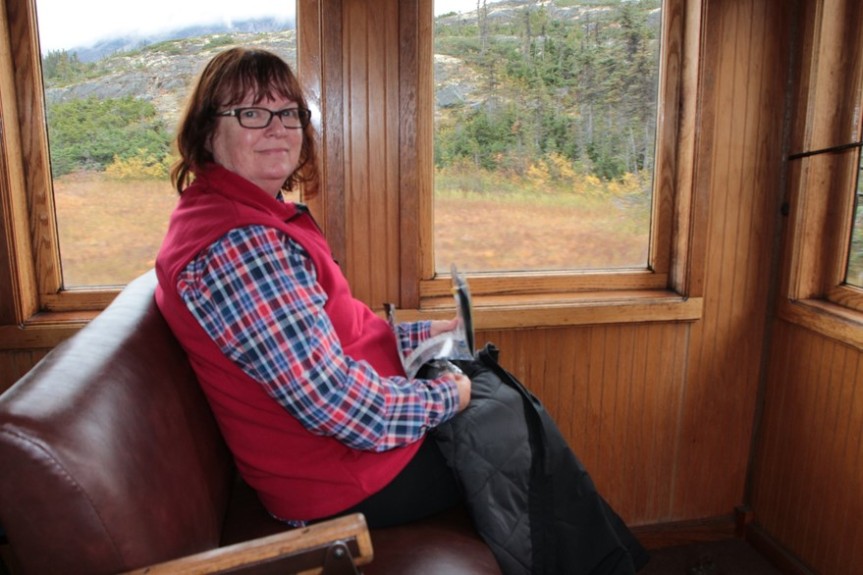 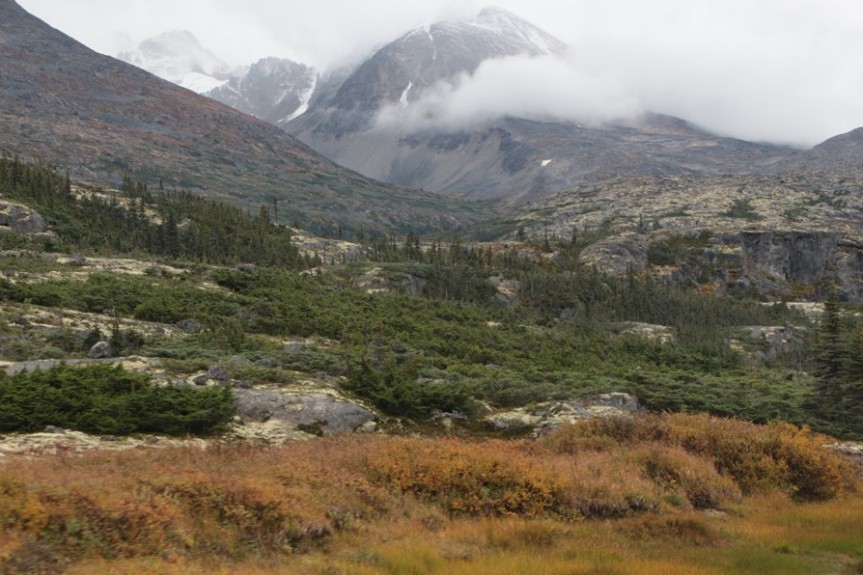 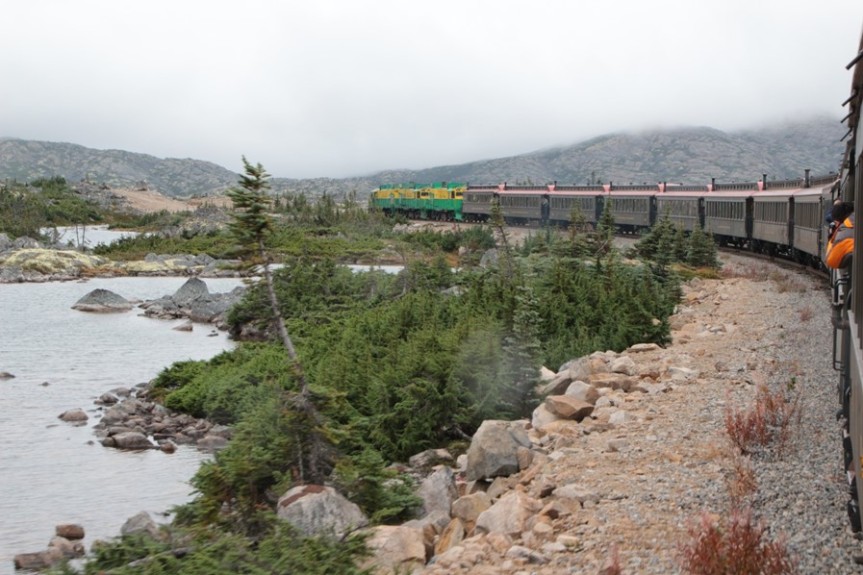 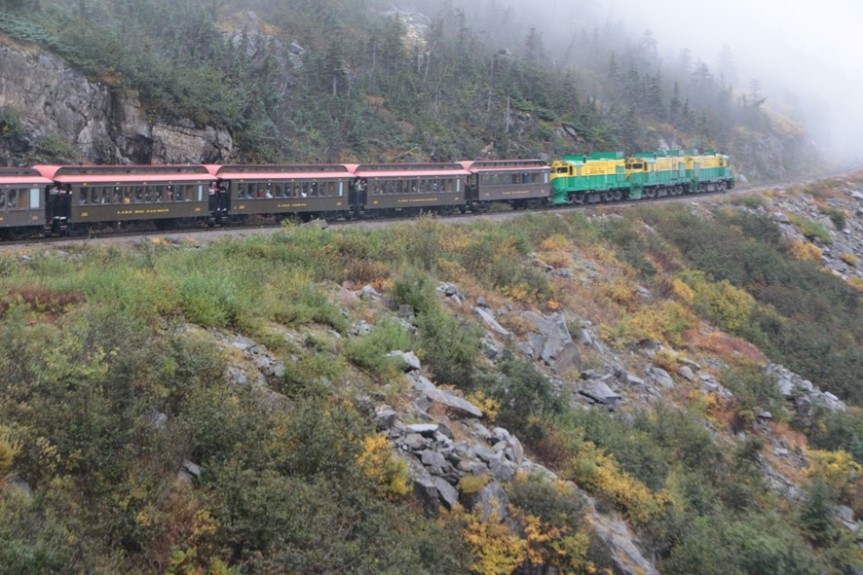 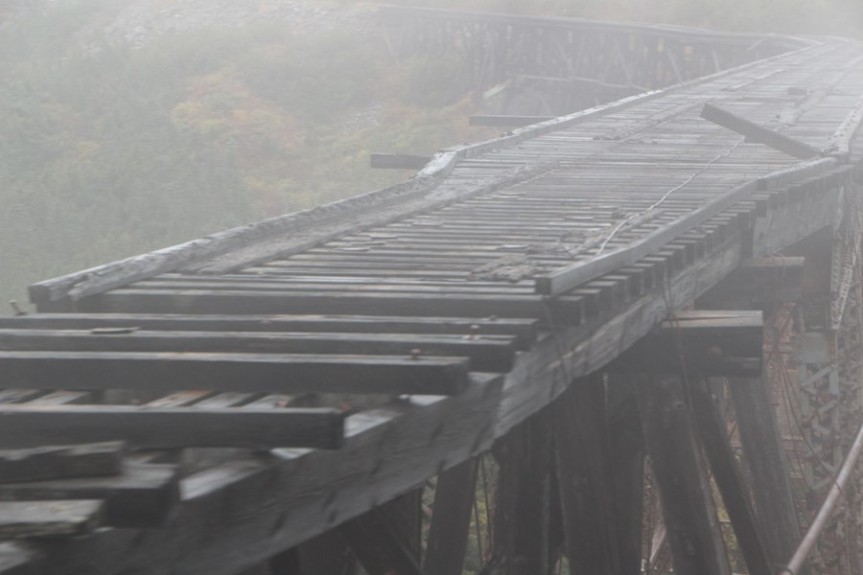 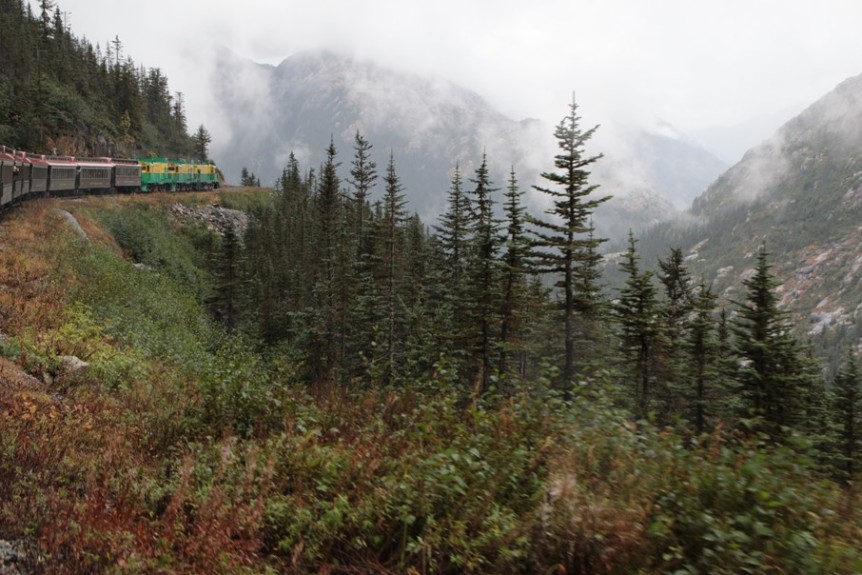 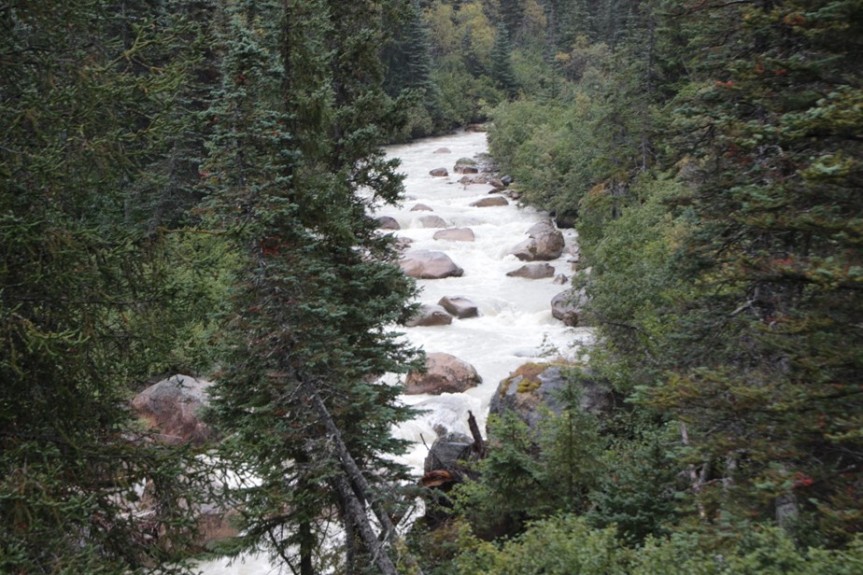 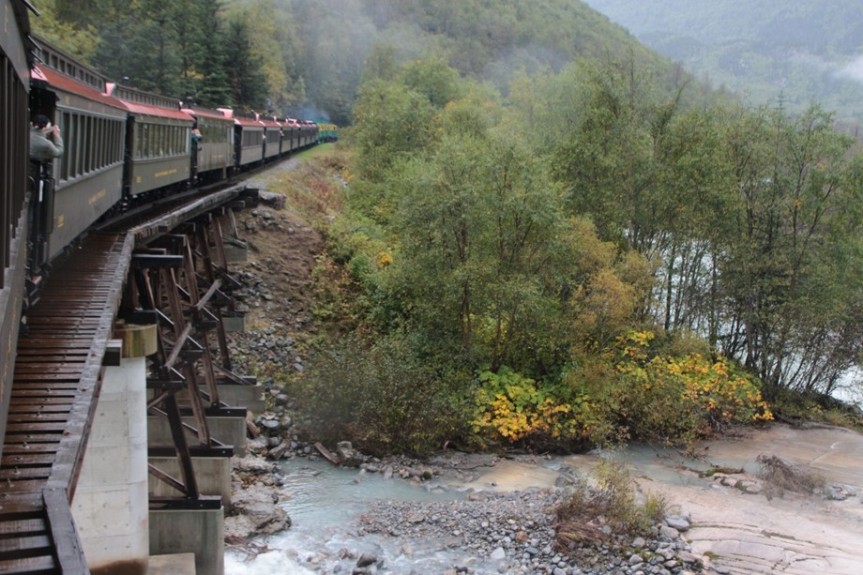 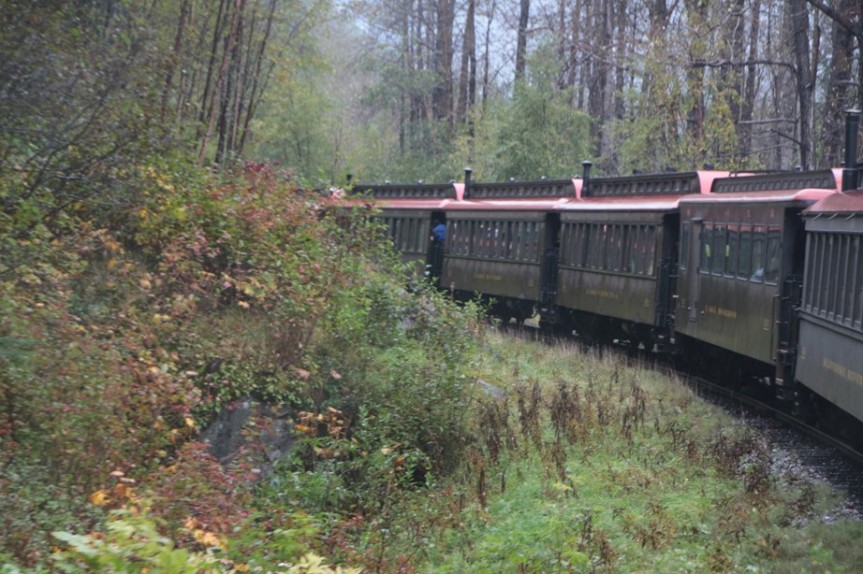